Behind Joe Ryan, Twins look to take series from Rockies 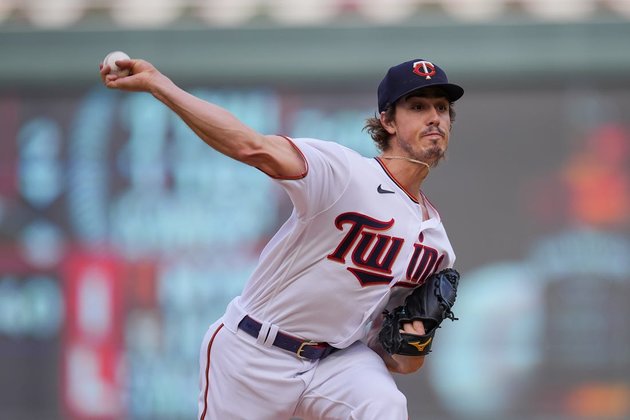 The Minnesota Twins will try to close a six-game homestand with back-to-back wins when they face the Colorado Rockies on Sunday in Minneapolis.

Minnesota is coming off a 6-0 win over the Rockies on Saturday night, which followed Colorado's 1-0 victory on Friday. The Twins are 2-3 on their homestand and are going for their first series win since June 13-15 against the Seattle Mariners.

Meanwhile, the Rockies hope to end their six-game trip with a win. Colorado is 1-4 on the trip, which included a three-game sweep at the hands of the Miami Marlins.

Twins right-hander Joe Ryan (5-3, 3.00 ERA) is slated to make his 11th start of the season on Sunday. Ryan earned a quality start in his most recent one against the Cleveland Guardians on Tuesday but settled for a no-decision after giving up three runs on seven hits in six innings.

Ryan never has faced the Rockies.

Colorado will counter with right-hander Ryan Feltner (1-2, 5.46), who is scheduled to make his seventh start of the season.

In his most recent outing, Feltner gave up five runs (four earned) on six hits in 3 2/3 innings against the Marlins on Tuesday. That followed one of his best outings of the year, in which he gave up one run on two hits in six innings against the San Diego Padres on June 11.

"He got the ball up," Rockies manager Bud Black said after Feltner's outing against Miami. "Can't do that against guys with power. ... With Ryan, it's about fastball command.

"We've talked about that. He's got to get on, you know, it's good velocity, but you've got to locate the ball."

"It bothers me a little bit," Polanco said of being on the injured list. "But we have a really good team that I enjoy watching play. I'm just trying to get better while the team does its thing."

The Rockies also are coping with an injury absence, to outfielder Kris Bryant. He signed a seven-year, $182 million deal in the offseason but remains out because of a sore lower back.

Bryant, who has played in only 17 games this season, has been playing at Triple-A Albuquerque as part of an injury rehabilitation stint. He is getting close to returning but is not expected to join the Rockies for Sunday's series finale.

"He's good, the back feels good," Black said. "We are going to get him through this weekend and then we will adjust."

Whether you're booking a plane ticket at the last minute or looking to go to a lackluster preseason football game, ...