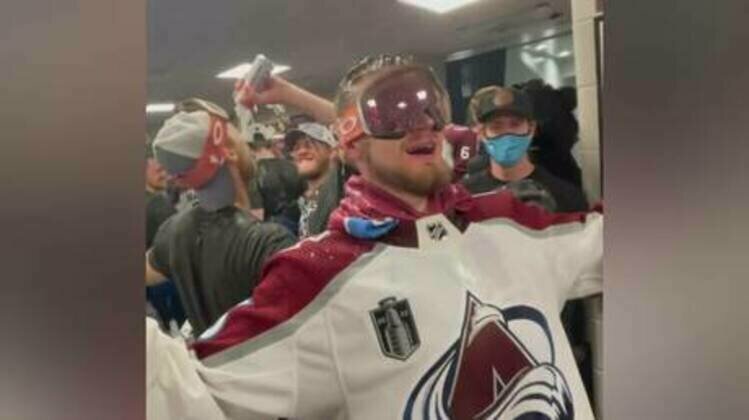 Russian winger Valeri Nichushkin is a Stanley Cup champion after helping the Colorado Avalanche finish the job in Game 6 of their series against two-time defending champion the Tampa Bay Lightning.

The Avalanche earned a 2-1 victory at Tampa's Amalie Arena home on Sunday night, clinching a first Stanley Cup since 2001 and a third title in team history.

Winger Artturi Lehkonen scored the game-winning goal for the Avs just after the halfway mark of the second period.

Seeking a historic 'threepeat' of titles, Tampa Bay had taken the lead less than four minutes into the game through captain Steven Stamkos.

But star Avalanche center Nathan MacKinnon tied the score at 1:54 of the second period, before Lehkonen pushed the Avs in front for a lead which they did not relinquish to seal the series 4-2.

It was disappointment for the Bolts' Russian trio of goaltender Andrei Vasilevskiy, defenseman Mikhail Sergachev, and winger Nikita Kucherov - each of whom had been seeking a third successive Stanley Cup title.

But there was joy for compatriot Nichushkin in the Colorado ranks as the 27-year-old celebrated a first NHL crown of his career.

Nichushkin has more than played his part in the finals for the Avs as he approaches free agency this summer, with a potential move away from the tam he joined from the Dallas Stars in 2019.

The right winger celebrated success by stripping off for a locker room photo with a 'Stanley Cup Champions' belt around his waist, also sharing footage of himself drinking from the famous trophy. 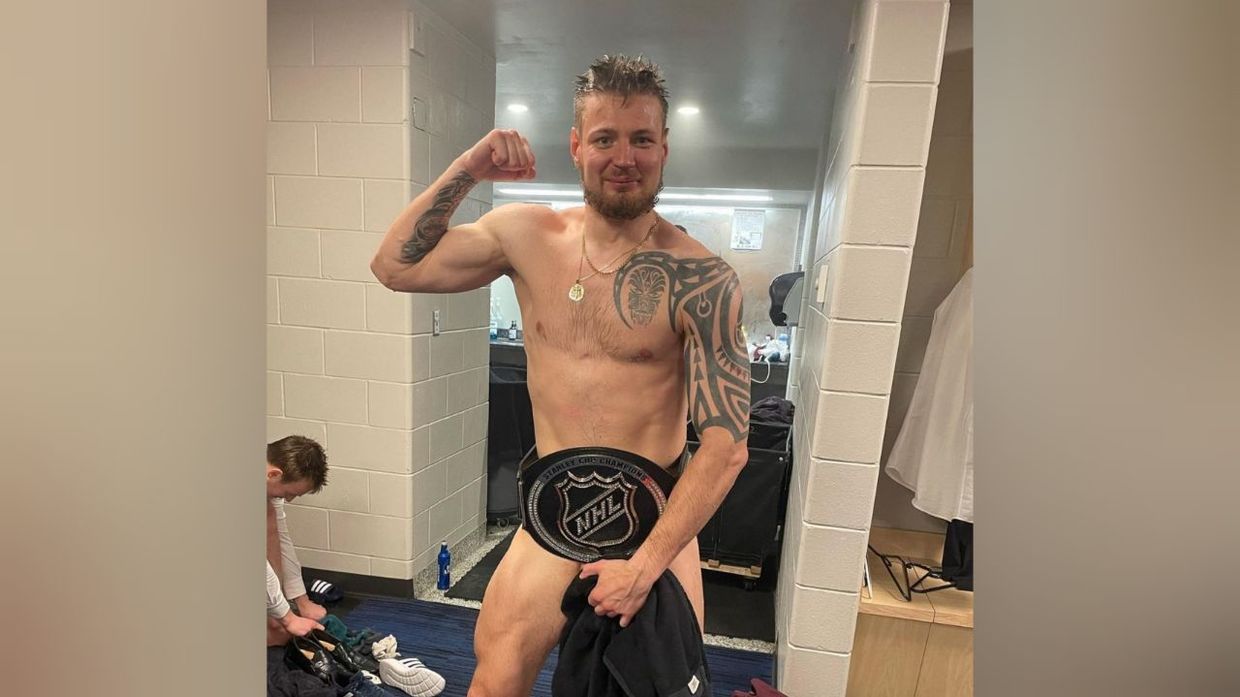 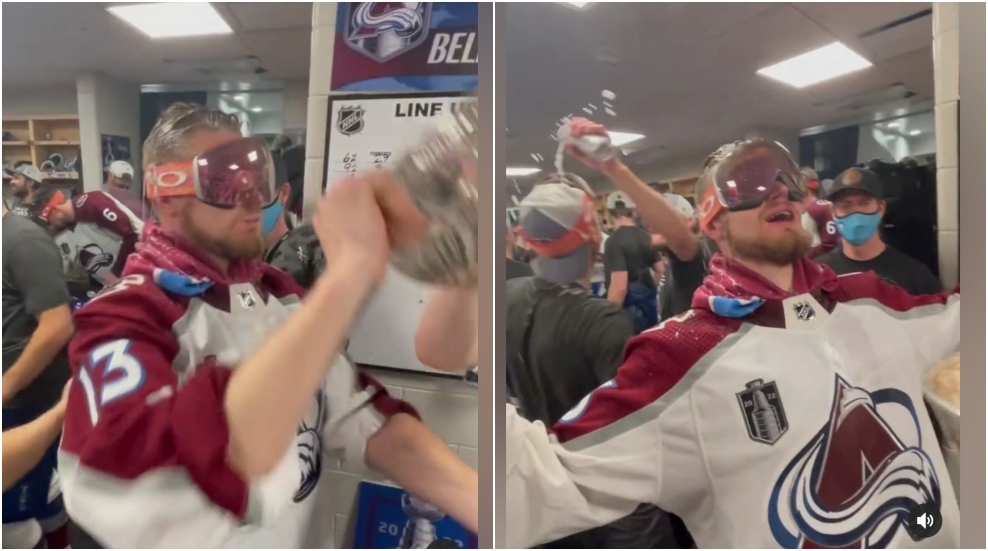 Taste of success: Nichushkin celebrated the victory in style with his teammates. Instagram Valeri Nichushkin / @nicha43

Nichushkin's part in Colorado's victory means that at least one Russian player has been on the Stanley Cup-winning team for the past seven seasons in a row.

Avs defensive star Cale Makar won the 2022 Conn Smythe Trophy as the most valuable player of the playoffs.

Winning Colorado coach Jared Bednar revealed he had a feeling his team would respond after the 3-2 defeat they'd suffered in Game 5 on home ice in Denver on Friday night.

"I had a pretty good feeling about tonight because they [the players] called that meeting and those guys said what they said," said Bednar.

"I was really impressed that our guys [did that] to try to get over [Game 5] mentally and discuss what was going on at home and turn the page and get ready.

"After that meeting, you could just kind of feel a sense of relief, some of the nervous tension that we had at home [was gone] and the focus was back."

The contrasting emotions were on display for defeated goalie Vasilevskiy as he was seen taking out his anger in the tunnel after the game.

Bolts captain Stamkos vowed that his team would bounce back, asking: "Who said we're done?"

"This core is here. We've battled. We've been through everything you can think of and, for the most part, we've found a way to come out on top."

"It's not like we lost to some powder puff," said Cooper.

"That's a baller team over there. We never had home ice. We played all these star-studded teams. They found a way. We just ran into one more brick wall, and we just couldn't get through this one."

Despite falling short in their bid for a first NHL 'threepeat' since the New York Islanders famously won four in a row at the start of the 1980s, Cooper said his team had already etched their names into the history books.

"These guys are right up there with the 1980s Islanders and the Oilers. Teams that you talk about for decades."

Although tradition dictates that members of the winning team such as Nichushkin are able to parade the Stanley Cup in their home country during a summer tour, the NHL has already said that won't be the case in Russia this year due t the conflict in Ukraine.

Whether you're booking a plane ticket at the last minute or looking to go to a lackluster preseason football game, ...